At the Colegio Técnico Humanística Boliviano Alemán the ratio girls to boys, that have finished their degree, is amazing. 40 % of the graduates were young women. That is higher than the national average. Education is the best capital for these young people to achieve a better future for themselves and the area. 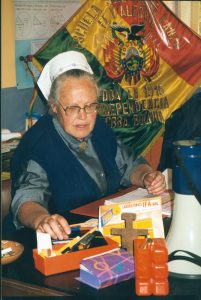 Two new classrooms for this school was our Fundraising project in 2008 for the anniversary of our society for Ayopaya. With help of donations and hard work of the students and their parents we were able to complete the project. 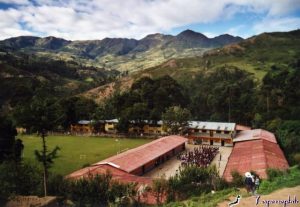 The School, with most of its Buildings

On the first day of school, the beginning of 2010, we were able to handover to “anniversary schoolrooms”. Let the learning begin!

Nun Verena had another two areas built. A computer room and a teachers’ lounge. Finally the three schools have an area for the teachers to withdrawal to! Starting from the School year of 2013 students only have to attend school up to the 6th grade. The Children go to primary school for 6 years and another 6 years at the college. The children which do not attend the college have to find job at the age of 12 and are part of the “grownup” world. A total of 1.100 Students attend the School centre.

One of the new classrooms

Thru the rearrangement of the School years and the adjustment of the afternoon schooling to the morning schooling, a deficiency of schoolrooms occurred. Nun Verena Birnbacher was able to get the mayor´s office to react and build a new school building.

In 2013 it was finally initiated and the first groundstone was laid. Two years later, on Friday the 22nd of May 2015, the first finished schoolrooms could be solemnly inaugurated. Out of initially twelve planned rooms, fourteen “Aulas” were realized for the students. The costs for this Project amounted to a total of about two million Boliviano that was consolidated by the city government. 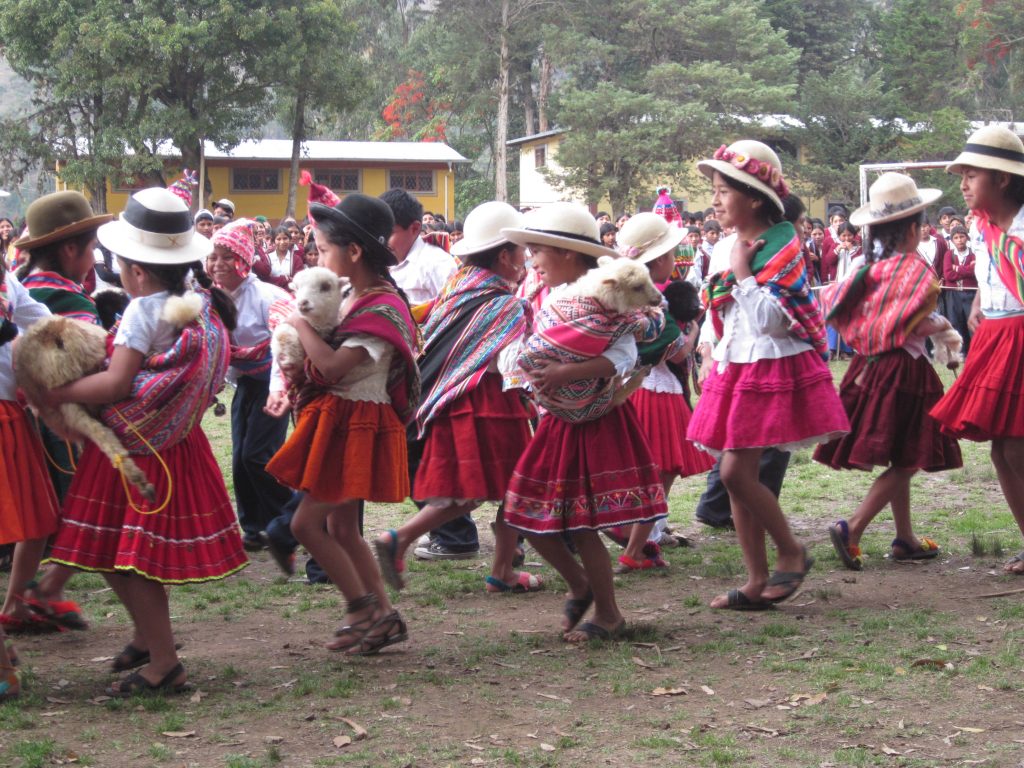 Unfortunately then the money had been spent. And the new room’s didn´t receive a new sanitary area. The old one is not intended for the new capacity. The buildings are set up as a U-form. In one of the corners of the “U” was an empty space. Nun Verena made a call-up for Donations and was able to raise enough to close the empty space with a new sanitary area. Above the new sanitary area she had another school room built. Both were finished just in time for the school year to start in 2017. Now the entire building is completely two storied.

Nun Verena is still the coordinator of the school centre Fe y Alegría.